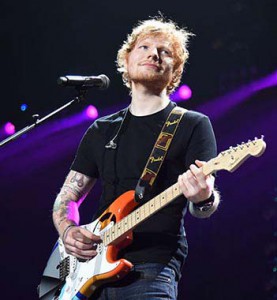 (Sorry Ed. You have an awesome voice but this blog post is not about you.)

It’s been a very long time since I wrote a blog post. A thousand and one apologies. My excuse is that I have been swimming in the deepest, darkest ocean of full-time work, home repairs, huge writing projects, and sick pets.

Being at the bottom of the ocean for so long without the oxygen of free time and the life jacket of relaxing, I’ve found my writing very difficult. Blog post, fiction, anything.

Not that I would ever quit, but it has been more an overall sadness and lack of interest in everything. I began wondering if my dream would ever come true of being a full-time writer and being able to live on the income. Work has been…the polite word would be challenging, but a more accurate description would be the fifth level of Hades.

I think anyone who really loved the job would be able to deal with it better. But I don’t. I’m ambivalent at best. So when my boss acts like a 12-year-old kid, all I can think about is finding an escape. It’s also hard to work with people who do not understand dreamers. Most are lifers. All they want to achieve dwells in those dark, dank halls. The environment is stifling.

Other people did it.

Other people did it and published a book a month. I’m still struggling to finish the book I’ve been working on for almost two years. Maybe I’ve not been committed enough?

I’ve read a lot of biographies and listened to a ton of interviews with successful artists. A theme seemed to run through them. They had to choose art. They had to burn the boats and commit even if it meant absolute failure. And often it did, but they would brush off defeat and rise up even higher.

The job that keeps me fed with a roof over my head is slowly taking over my life. Slowly sapping my time, energy, and happiness. A quiet voice keeps telling me this is the final test. People like Ed Sheeran, Sting, Jim Carrey, Peter Dinklage, Misha Collins, had theses moments. And with a fiery passion, they pursued and achieved superstardom.

My logical side butts in here and says: But Joe Blow Actor and Wannabe Singer did, too. No one knows them. Will I end up homeless, friendless, destitute if I chose to cut the cord?

In a video by Jim Carrey  (it’s fantastic check it out) doing a graduation speech. He mentions how his father was a bookkeeper because it was practical and he encouraged his son to do the same. But his dad never was successful as a bookkeeper. He wasn’t even happy. So Jim’s advice was to follow your dreams.

In this advice, I found an acorn of something that gave me renewed hope. If I fail at writing at least, I’m spending most my time doing something I love. It’s not the end result that counts. As long as I’m making enough money to survive, then I will spend most of my time in a state of happiness. I don’t need to be a number one Amazon bestseller ( although that would be nice). I can work at the Dollar Store or McDonald’s and supplement my income. It all depends on my book sales.

After this realization, I felt as if I had finally seen a rescue ship on the horizon and that my volleyball and I might just be okay.

I don’t plan on quitting tomorrow…but soon. I have an exit strategy, and if things get too bad, I can pull the trigger any time. So until that glorious day, I’m going to continue to float and fight as I know my lifeboat is out there.

What’s up out there with YOU? Leave a comment if you ever left a soul-sucking job to chase your dreams? Do you want to?

p.s. I hope to be blogging more and posting snippets of my soon to be published books!  I will also be keeping you in the loop about how my epic battle against normalcy is coming and when book 2 in the Ionia Chroniclesis going to drop. Stay tuned!