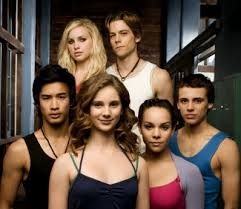 Netflix is a strange, beautiful and addictive medium. I pish-poshed it when it first came out with its mail order DVDs. Why did I need mail order DVDs when I could just go to the video store?

The Earth rotated around the sun a few times and slowly I jumped onto the Netflix, super-bullet train. I have not regretted it since. Beyond the instant streaming of almost any entertainment I want to see, it provides a window to the world.

I would never have found all the strange BBC shows I’m latched onto. Doctor Who and Sherlock are two of the best new television shows I’ve seen in a decade, with a very different sensibility than American shows, faster paced, with a more subtle, drier sense of humor. And the writing! I could gush, but I digress (fodder for a future blog post perhaps?)

I also stumbled across two other series that caught my attention. The first was an Australian teen drama called Dance Academy. I had a rare free moment to vegetate in front of the idiot box and with my daughter and found this Australian teen drama and thought: Young people? Dancing? Maybe it will be like Fame. I could waste a few hours on this.

A few WEEKS later we had blown through all three seasons and began to rewatch them. Crying and laughing and raging along with the characters. They start as emotionally-awkward, searching teens to learn about themselves and others, to figure out what love means, how friendships matter, and how grief can affect us all. They grow up before you, and it’s breathtaking, unflinching writing that brings it all to life. (And the dancing is phenomenal.)

After the emotional catharsis, we hunted to find something that may fill the ballerina-shaped void in our lives. Dance Moms popped into our queue. It’s a reality TV show about how young girls and their mothers deal with studio politics, the teacher, and each other, set in the competition dance world. We watched it. The dancing was beautiful; the mothers ornery, argumentative, and somewhat entertaining, but it didn’t satisfy as Dance Academy had. The stories left an unfulfilled empty sensation like eating a vat of cotton candy, when expecting a steak dinner.

There was crying and intense moments, we were curious to find out what happened next, but not emotionally invested. I don’t think I could even recall the names of the students (except for the one girl Maddie Ziegler who went on to star in those Sia videos), but I think she stuck because she was so incredibly talented, and has found media attention through other avenues. 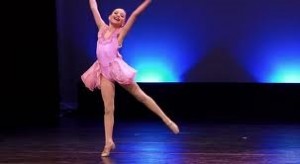 I was perplexed as to why a real life drama didn’t move me emotionally, while a teen dance show had me sobbing uncontrollably. Then I put it in terms of drama vs melodrama.

Dance Mom’s had a sort of drama. Someone cheated and got extra lesson from the teacher, one girl is picked as favorite, the studio creates a hated-cross-town rival. Tears were shed, tempers flared, dancers danced, but there was no substance. No real moments that drew the audience in, and made you realize they were just like you. It was all forced empathy. A little girl crying, instantly evokes a measure of sadness. Someone is cut from the team, anger at the unfairness. A mom ignores her daughter, pity for the poor girl. But these emotions are one note, simple, melodramatic. Pushing hot buttons to illicit emotion.

In contrast, the excellent writers of Dance Academy understood the concept of the unsaid, the power of the slow burn, the intense satisfaction of a deliberate reveal. As with books like Game of Thrones, the stories showed us that not everyone lives in black or white, not everyone fits into a category of goofy, love-struck, or mean girl, but are multilayered individuals with good and bad sides. Those are the stories that resonate and pluck that deep chord of our soul. That make us say: yes, that’s the way it is.

I had fun watching both shows, and if you like dance I would recommend either. But if you want to be truly emotionally engaged with a story that will stay with you long after you shut off the television, then go with Dance Academy.

Thanks for stopping by! Please leave a comment. Do you have a guilty pleasure show worthy of binge watching? Any characters that resonate? Storylines that ripped out your heart ,or made you laugh? Please share!

2 thoughts on “Dance Academy vs Dance Moms (or drama vs. melodrama)”