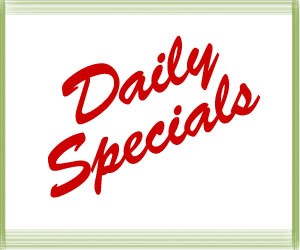 I have read that the older people get the less they try new experiences. They specialize and only do things with which they feel comfortable. If they hate driving highways, they take the backroad. If they hate socializing, they stay in their homes. If they hate reading, they never visit a library.

As kids in school, we were forced to expand our boundaries, to do things we are not good at and in fact hate. Geeks who never played outside had to run the mile and play sports. Boys who hated reading had to recite aloud from Shakespeare. We all survived and were glad when it was over.

I never realized that the fear-of-the-new applied to me until recently. As of the last year, money has gotten tighter, and I had to seek out a new part-time gig. I had waited tables in my youth and thought it would be something I could pick up again easily, like riding a bike—right?

I didn’t realize how different I had become over the last twenty years. I was still good with people, but the computer systems were different. I was slower. My short-term memory had not been at full capacity in about a decade. Items were forgotten. Customers were upset.

My entire body wound up in a ball of tension. The more made mistakes I made the less confident I felt, which led to more mistakes. My head ached.

I explored this reaction. Why was I so upset over failing?

When I was twenty-four years old and made a mistake, I was embarrassed but moved on. Now it felt somehow magnified. I was so used to being good at everything.  I didn’t remember how to learn, how to take mistakes and use them to improve. My errors froze my ability to think and reason.

I am slowly improving. People have been overall understanding, and I haven’t been fired yet. But if I had a choice I would have left and never returned. I am trying to be more relaxed and enjoy the process of success and failure, learning the tricks of the trade, allowing my mind and body to absorb a completely new process of behavior without judgement. Because with judgement comes stress, and with stress comes mistakes and the domino effect of horribleness.

For the last few years, I’ve been toying with the idea of going indie with my writing. I think one of the things that held me back was fear of doing something new. Fear of not being good. Fear of being judged. But if this stint as a server has taught me anything, it is that I will be wrong. I will fail. But in the end. I will learn. It may be painful, like when someone complains or I get a one star review on Amazon. It will also be fantastic when I get a nice tip, or someone tells me they love my characters.

I need to learn to love to fail, because it is in the fertile ground of failure that you can grow success. What about you?  Fail epically at something?  Still striving to expand your horizons? Let me know in the comments.

4 thoughts on “The Gift of Failure”