A year ago today I was biting my nails and waiting for my first self-published book to show up on Amazon’s sales page. Today I have six novels in The Outlier Prophecies series published with number seven sitting on my hard drive with a mere couple thousand words left until I can call it done.

I’d started self publishing as a distraction from the longer waits and heartbreaks from my longer, more involved novels moving through the traditional publishing process. I have an agent, I really like her, and I’d love to some day sell a book to a bigger publisher. It will happen! I’ll keep trying. In the meantime, I write a heck of a lot faster than that. So I decided to start Outliers as something to pour some of my energy into.

I’d fallen in love with the characters from a short story I’d written. That short story became the beginning of the third book in the series, The Werewolf Coefficient. I kept wondering how they got to the point they were in the short story, what happened to them after? And the more I thought about it, the more I knew I could make it a really fun series. Fun for me at least. I hoped some readers would come along on the ride. And they did!

One year ago I’d made some pie in the sky goals and dreams. Here’s how it went:

I wanted to make back the money I put into each book. That might sound funny to some people, but the truth is that most self-published books do not accomplish this. Averages were against me on this goal. Here’s how I did…

Romancing the Null and Conditional Probability of Attraction “earned” out after three months.

The Werewolf Coefficient took slightly over two months to earn back the money I invested in it.

Standard Deviation of Death and Big Bad Becker earned out in their first month.

Shifter Variance did it in a few weeks.

So beyond those months the books have been earning a positive income, which is great. I’m so excited to have reached that goal. Also the marketing money I’ve put in: A) worked, and B) also earned that marketing money back too. So my venture into self publishing was not an expensive hobby, it’s something that I can morph into a career with more effort and better targeting. I’d like to make a respectable yearly salary and so this year I’ll be looking at ways to work toward that goal as I write more books to either be self-published or try putting them on submission through my agent.

The next goal was to grow a readership. I hoped for at least 500 organic newsletter sign ups in a year. By organic I mean that they didn’t come from friends and family, but from genuine strangers who read the books and liked them enough to want to know when the next one would come out. Currently, I have nearly double that number in newsletter sign ups a year later.

I’d also hoped I could get fifty reviews in a year. This is a bit harder. The only way to get reviews is to have a lot of sales. I sent a marketing package to a lot of bloggers and advanced readers and did get some response. A few read and reviewed the book, which helped potential readers decide if it would be a book they’d like. Reviews give a more detailed and honest reaction to a book than a description does. Reviewers are able to explain the style and type, what a book might be similar to and really help readers hone in on their decision to download or buy. But that accounted for less than ten of my overall reviews in the first year on Romancing the Null. After Romancing the Null earned out the money I’d invested in the cover and editing, I set it to free. Then I did a promotion on that book as free at least once a month for a few months in a row. This was to hopefully get more reviews and also more downloads. If people liked the first book they would buy the rest. I saw Romancing the Null as a really long sample into the first installment of the storyline. I continued to send the book off to bloggers as I’d find sites that might be interested in the book. I didn’t relax until I got to that goal. If I heard of a friend (or friend of friend) who read the book, I’d beg for a review. That helped a lot and I got more reviews and pushed me into the over-fifty club.

Securing both legitimate blogger reviews, endorsements from bestselling/award winning authors, and having over fifty verified purchase reviews helped me get bigger promotions and so on. Today, Romancing the Null is at eighty-four reviews.

The last goal was one I told only close friends and other writers. I wanted to publish six books in a year. When I published Shifter Variance in December I reached that goal. Big Bad Becker (book 1.5 in the series), though I call it a novella, is actually the length of a novel. It’s just a short novel. I didn’t want to leave readers feeling I’d cut them short, so I claim it’s a novella and let them be pleasantly surprised that it’s actually much longer than most novellas out there.

Book six, Correlation of Fate should be ready to publish in April. So that’s what’s next!

Also Ali Hale gets a book (Half Cup Magic) some time this year. Ali is Kate’s quirky baking-obsessed witch cousin from The Outlier Prophecies Series. I think she gets more fan mail mentions than Kate, or even Becker!! Which is saying something because readers are crazy about Ian Becker.

Also I have a contemporary romance that I plan to publish between now and May. I kept saying May, but now, it’s ready to go. I might get impatient and just publish it. I don’t know. But I’ll show you the beautiful cover and description below: 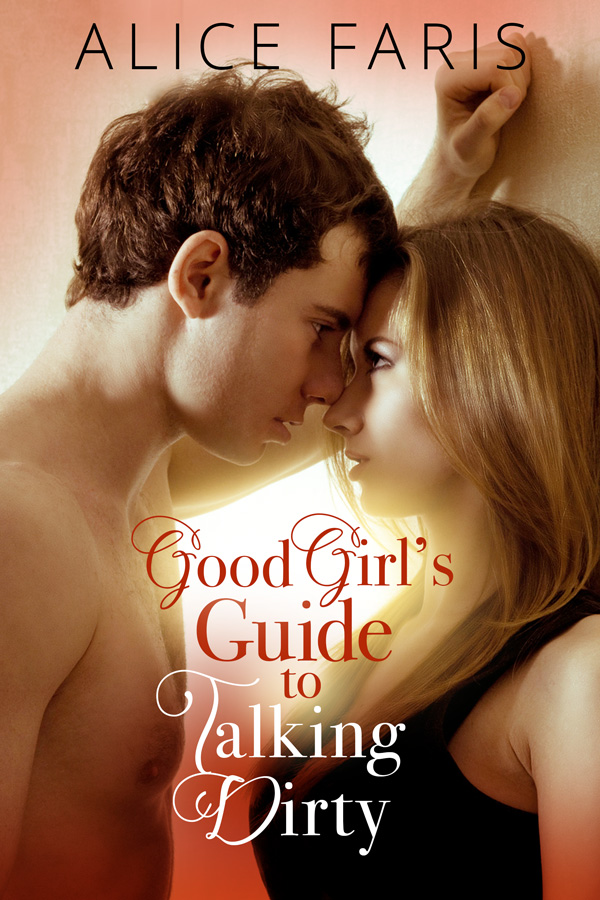 Talking dirty as a phone sex operator isn’t what straight laced school psychologist East Winters had in mind as a portable counseling job. But after being budget-cut out of employment, she needs the cash to get out of town fast and hitchhike to Maine for her dream job working at a school with a bigger pocketbook and no knowledge of her family’s nasty history.

Ex history teacher, Ansel Andersson, resents his boss tacking on a team driver at the last minute for his first cross-country delivery. Sure, she’s a sexy redhead that gets him hot and bothered, but he had other plans. Historical sites. Greasy food. Avoiding his PTSD issues from surviving a shooting. Oh that—he’d rather not think about it.

You know what? Maybe this clean, proper psychologist is exactly the perfect distraction. If he could only get her to stop running off blushing into her phone, he’d teach her all kinds of filthy things.

I love comments! Every time you comment East Winters gets a ring-ring on her phone…

4 thoughts on “One Year of Self-Publishing ~ Thoughts and Reflections”