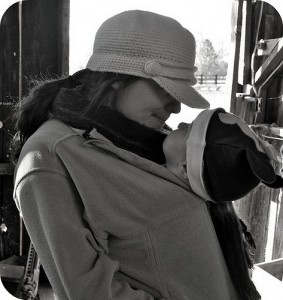 Tina is yet another writer writing about writing on the internet. She writes science fiction, fantasy (as Tina Gower), and romance fiction (as Alice Faris) and published some non-fiction. ] She is a multiple award-winning author, including an RWA Golden Heart Finalist (2015) and first place winner in the Daphne du Maurier Award for Excellence in Romantic Suspense and Mystery in the Paranormal/Futuristic category to name two. She is represented by Rebecca Strauss at DeFiore and Company.

Tina has a Master of Art in School Psychology and Counseling, so you will find quite a bit of blog posts on the topic of children and behavior. She also has a wish for a chemical free household and likes to share her recipes. Finally, she is working to improve her writing, so you will find plenty of stories on any topic. Some of which might be true.

Everybody dies. Kate Hale’s job is to figure out when.

Investigative Actuary, Kate Hale, solves crimes that haven’t happened yet using statistics. She’s paired with a werewolf cop, Ian Becker, in an impossible case to save an oracle destined to die.

The Werewolf Coefficient, May 2016

The Best of Galaxy’s Edge (Today I Am Nobody and Pocket Full of Mumbles–reprints), December 2014

Writers of the Future: First Place (quarter one), July 2012

Foods That Fight Depression and Foods to Avoid

Five Phases of the Moon

Ideas for Leftover Chili in the Summer

How to Do a Human Pretzel

How to Make Drawing Transfers

How to Make Your Own Petroleum-Free Vapor Rub

How to Fix Dried Out Gel Pens

Chicken Soup for the Soul

Cure for Sniffles and Sneezes

How to Make Your Own Cosmetics

DIY Clear Mascara & A New Treatment for Wrinkles and Scars

Food and Movement for Your Mind

Unlikely Influences: What Raising A Guide Dog Taught Me About Character POV and Emotional Arcs

14 thoughts on “About Tina”