I have a confession. I’ve been wanting to do a series. Short novels that are just written for fun—taking all the things I love about writing SF/F and adding a few pinches of romance, a dash of humor, and a smidge or two of mystery. I have no intention of sending them around to publishers. I’m going to produce them myself.

It all started over last summer (2014). I wrote a short story for an anthology and it was in the anthology then it was out of the anthology. Just one little quirk about the business nobody talks about. Three professional NAME writers turned in stories waayyy over the word limit for the anthology guidelines and they needed to take one story out. That was my story. The editors were very nice and in a difficult position themselves. They explained how much they loved the story and wouldn’t be surprised if it found another home right away.

It did. Another editor offered to buy it right away after hearing about it becoming available, but I said “No.” Why?? Why would I say no?

Well this story very nearly broke me. I used every trick I had to make it a great story, an awesome story. But it doesn’t have any literary appeal. It’s simply a fun mystery story, but it was also Urban Fantasy. It’s really difficult to break into the Urban Fantasy market (at least at the time it was, I hear editors are starting to consider it again). Short story markets are few and far between that will take Urban Fantasy, as most specify in the guidelines “NO URBAN FANTASY.” It makes me feel dirty for loving a genre that offers just about everything in a modern package.

So, I put my all into the story and found out that it was not going to get used in the anthology where it was supposed to go and a few days after I found out my parents house burned down and my best friend was diagnosed with stage III breast cancer. I didn’t want to ever look at that story again.

The secret is that a year later over the summer (2015) I decided that I didn’t want that story to end. I didn’t want this to be the story I’d lock away just because it came along at the wrong time in my life. I kept thinking of the characters and the cool ideas I had for more mysteries set in that world. In the middle of writing a third novel to send around on submission I emailed my agent to tell her my idea. She said to go for it. I’d been looking for something to self publish and do on my own and this was the perfect project for something like that.

Now I have two books completed and that abandoned story has become the beginning of book three. And I have an editor lined up and a cover: 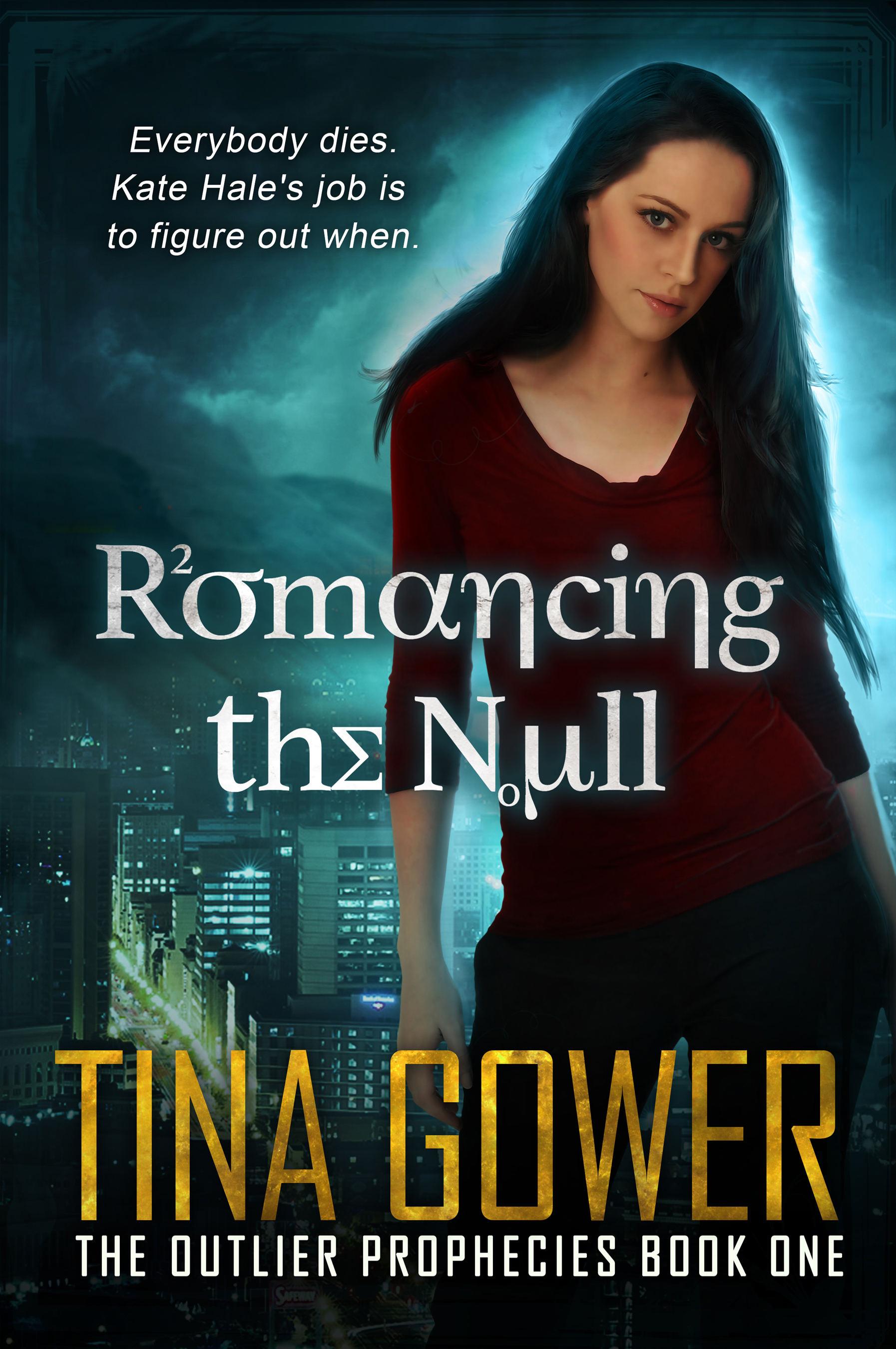 And huge thanks to Stewart Baker who meshed together a few ideas I had for a front cover blurb to come up with something even more perfect.

This is the book description:

There are three kinds of lies.

Lies the fates spin as half truths.

As a fateless, Kate Hale is immune to the first two, but the third kind of lie is her profession. After spending years as an actuary for the Traffic Department, Kate is promoted to Accidental Death Predictions. It’s all she’s worked toward, and her career is finally on track. But when an oracle delivers an impossible death prediction and insists on her help to solve the case, she might lose any chance of impressing the brass.

Her only hope comes in the form of the police liaison assigned to her department, latent werewolf Ian Becker. Becker can grant her the clearance to find answers, but he’s a wild card with a shady past who doesn’t play well with others.

Every prediction has a loophole, but if Kate can’t solve the case before the crime is fated to occur she won’t just lose her job–she’ll have the blood of an oracle on her hands.

Welp—that makes it real. I’ve put a lot of time in between other projects to make these the best books they can be. It’s going to happen, uh, soonish. I don’t have a firm date, but things are happening around here. Just thought you should know what I’ve been up to 😉

11 thoughts on “A Secret. A Confession. And A Reveal.”